I'm not going to mention anything before the Wind Shrine. There's no point. 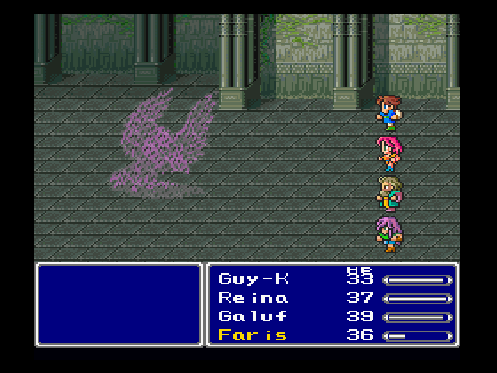 Wingrapter went down without much of a fight. He didn't even get a chance to close his wings. Now to see how the Fiesta begins... 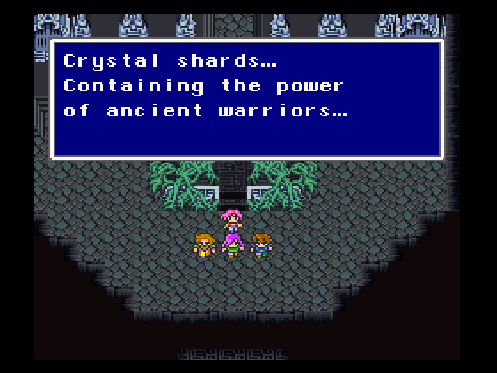 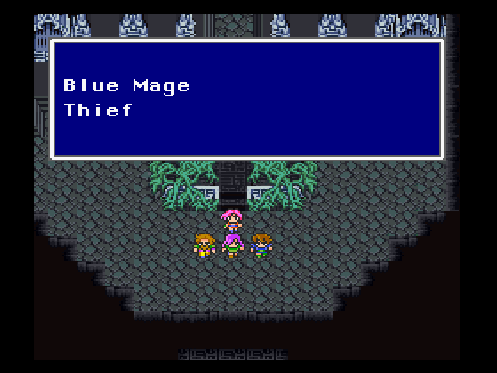 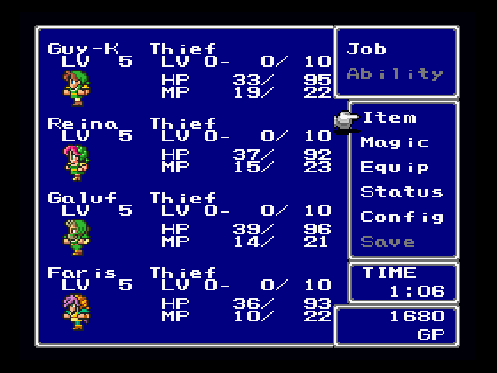 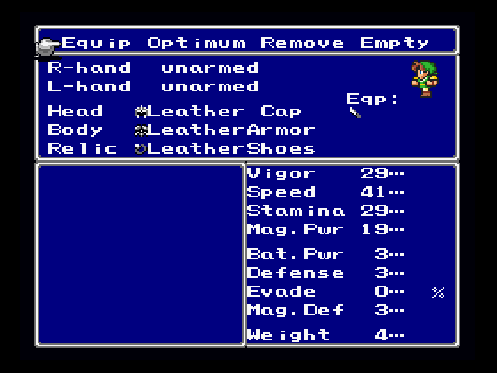 This is going to be a rough beginning. Half my characters aren't even armed! 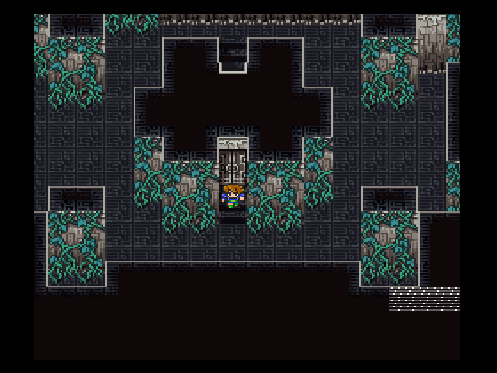 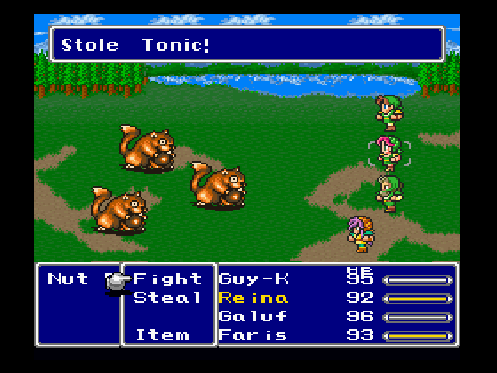 On the plus side, I can run Sonic fast, steal items from enemies, and see invisible walls. 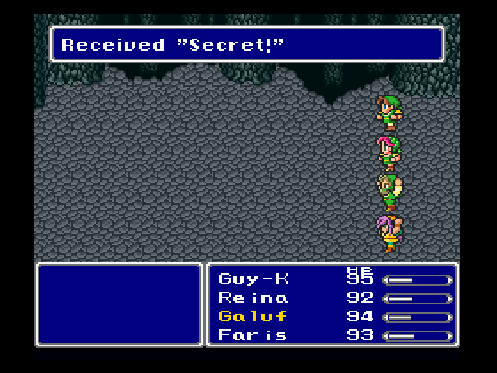 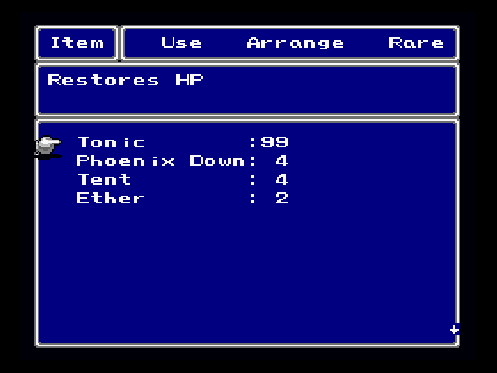 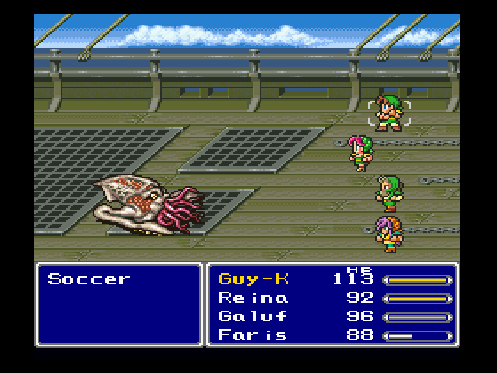 After carrying on with the plot, I checked on Boko in the Pirate's Hideout (and getting a few items), learned "Secret" on the way out (which is meaningless considering that I'm going to have one thief in my party at all times anyway), unlocked the gate, fought "fierce" monsters such as Soccer (really?), and dared to challenge the "Karl Boss," (really?) but not without getting as many Tonics as I can. 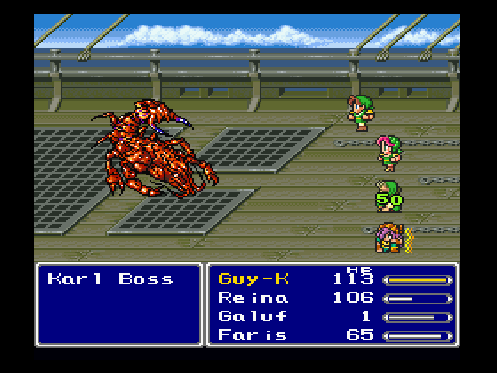 Karl Boss wasn't too difficult. It was a straightforward fight: just attack and keep everyone's HP above 50. 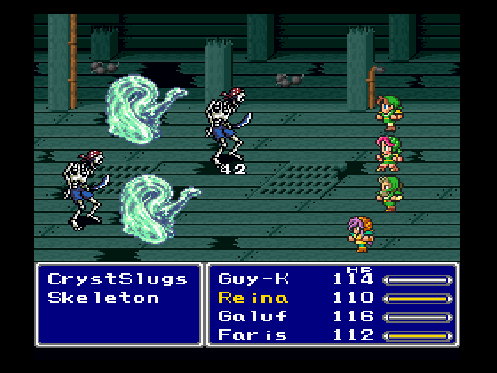 The Ship Graveyard is where it gets brutal. Half my characters are still unarmed. On the plus side, the CrystSlugs drop Elixirs (!!!) while the Skeletons drop Dirks that my characters desparately need. I also learned "Flee," which will come in handy when I'm in a bind. By the time I finally got the four Dirks I need to actually do some damage, I became Level 8. I also learned "Dash," which is also useless for every reason "Secret" is. 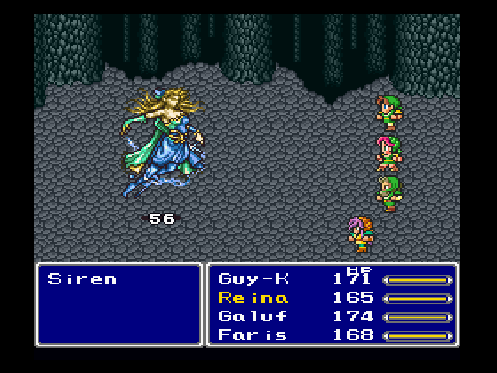 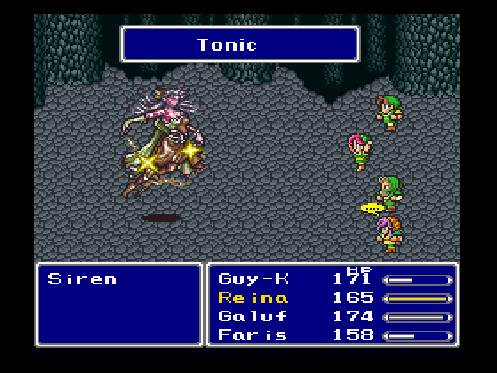 The Siren is another straightforward boss. Just attack and heal. Her Mute spell is useless because I don't even have any magic to begin with. Ice hit pretty hard, but it's nothing a Tonic or two can't fix. Protes did nothing but stretch out the fight. When she turned undead, I fed her Tonics until she turned to dust. She only got one painful Squeeze in before I came out on top. And thanks for the Bronze Shield I can't even use, game. 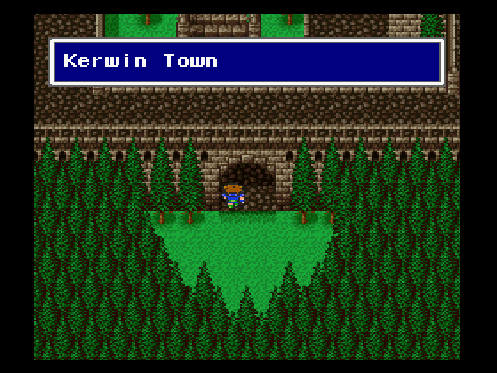 Not much to do in Kerwin other than stock up and get Bronze Plates for the party (the only thing I could buy that I can use and don't already have). 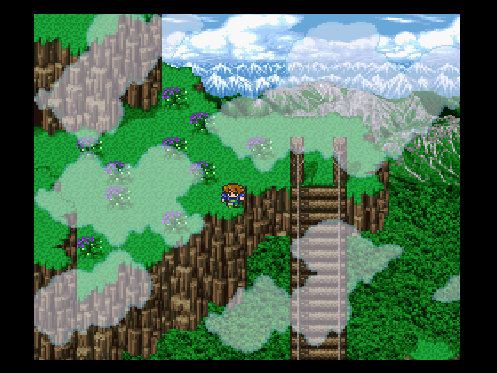 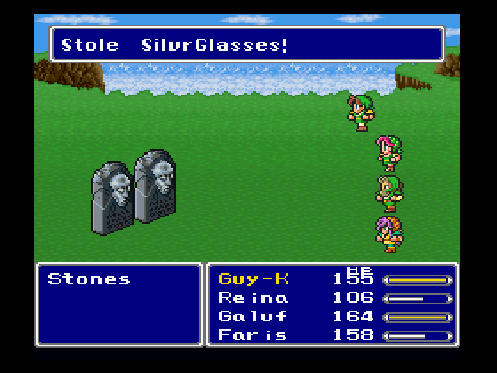 The North Mountain features poisonous flowers that force me to restrain my running so I don't accidentally step on them. The Stones have some nice SilvrGlasses to steal, which protect against blindness and raise defense a little. 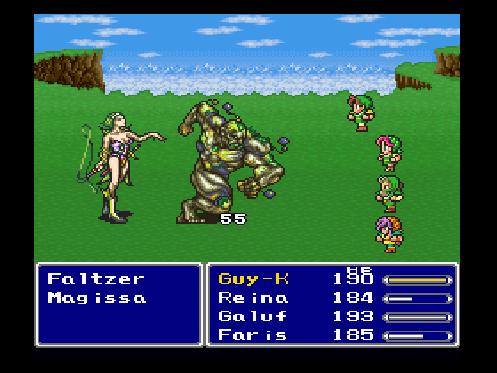 Magissa and Faltzer were tougher than the other bosses so far, but it was nothing I couldn't handle. Magissa had powerful spells and Faltzer hit like a truck, but neither of them managed to kill even one of my party members. After the battle, I got my dragon (he can't fly over mountains, but will do for now) and headed off to the Walz Kingdom. 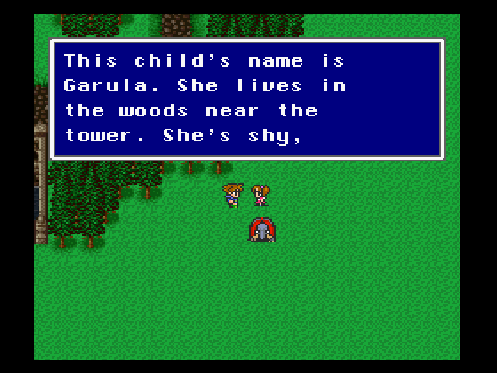 In the town of Walz, the only items I could take advantage of are Kung-Fu Suits; they not only give me better defense, they also increase my vigor a little. There was also a pair of SilvrGlasses in someone's house. I also saw a weird mammoth-like creature called the Garula in the outskirts. 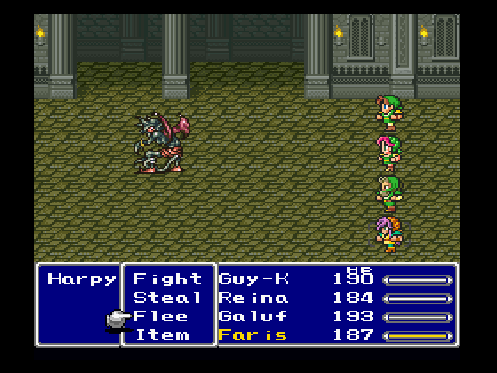 In the castle, I decided to get the infamous basement over with. There's an Elf Cloak (boosts evasion) and 2 grand in the basement (and a Time spell, which I'm not even going to bother getting since there's a good chance I won't get a Time Mage). There are Harpies, which will tear me a new one if I don't select the Flee command. He's stronger than even the bosses and shrugs off all of my attacks at this point. A soldier warned me about them, but his advice was a little too late. 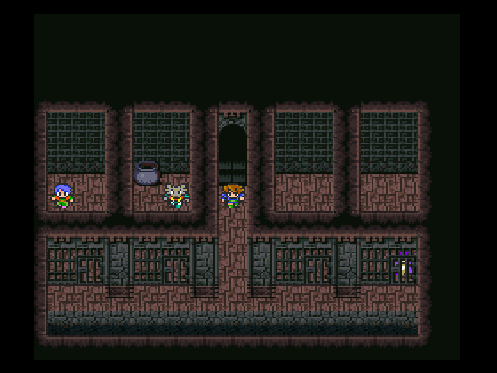 The dungeon features Lone Wolf, a jailed thief you can free if you choose. Don't do it. He'll steal some treasures if you do. I don't know if I'll use any of it, but I'd rather have treasure I'm just going to sell/not use than one of his calling cards. One king meeting and meteor crash to the north later, it's off to the Tower.